Earlier this year, Campaign for Liberty blocked off a number of rooms at the Hilton Alexandria Mark Center in Alexandria, Virginia, for attendees who would be interested in staying at LPAC 2014’s location.

But our room block will end after this Monday, and any remaining rooms will be released to the general public.

So if you’ve got your conference ticket but haven’t yet booked your hotel, click here for more information!

And if you haven’t yet decided to attend, don’t miss out on what is sure to be a motivating, energizing, and educational weekend among hundreds of like-minded Americans and some of today’s leading speakers, writers, scholars, and grassroots political activism trainers.

Click here to see our ticket options and save your seat today!

Ever since the founding of Campaign for Liberty in 2008, grassroots political activism training has been essential to accomplishing our goal of reclaiming the Republic and restoring the Constitution.

Its success can be seen in the advancement of issues such as Audit the Fed and the blocking of numerous statist plans on the federal level, and Campaign for Liberty state leaders, who have been through numerous training sessions, have put what they’ve learned to tremendous use across the country in standing up to the establishment and advancing liberty.

This year, our Liberty Political Action Conference will put even more attention on our grassroots training, as we equip attendees with tools and techniques to take on Big Government and win!

But no matter how long you’ve been involved in the fight, or how many trainings you’ve attended, there’s always more to learn!

That’s why we’re proud to announce that our friends at the Foundation for Applied Conservative Leadership (FACL) are hosting a One-Day Political Leadership School on Sunday, September 21st, after LPAC 2014 concludes.

This school will take place right at LPAC 2014’s location, the Hilton Alexandria Mark Center, and will go even more in depth on the concepts taught at LPAC.

This training will cover:

The sessions will be taught by veteran activists who have been implementing these principles for years.  They’ll show you what works, what doesn’t, and how to be as successful as possible in reclaiming our liberties.

To learn more and save your seat for this One-Day School, click here. 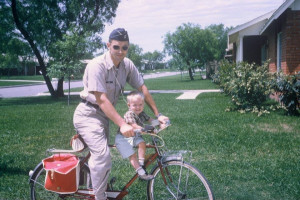 Ron Paul bikes with his son Rand, circa 1960s

Join Senator Rand Paul for a private briefing Thursday evening at LPAC! Senator Paul will host the briefing right before his speech to the general session. This is an excellent opportunity to talk to Rand Paul one-on-one and get an inside scoop on the inner workings of the Senate.

Tickets are limited so don’t miss out!

Join Ron and Carol Paul for Breakfast at LPAC! 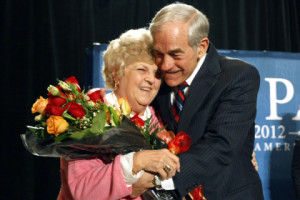 We are pleased to announce that Ron and Carol Paul will be having breakfast with LPAC attendees! This is a ticketed event, so be sure to get your tickets before they are gone!

Get your picture with Ron Paul at LPAC!

As LPAC 2014 approaches, we are pleased to announce that Ron Paul will be hosting a private reception on Friday evening before his speech to LPAC attendees. Enjoy heavy appetizers, an open bar, and even get your picture taken with Ron Paul by a professional photographer!

You certainly won’t want to miss this opportunity, so be sure to get your tickets to the Ron Paul reception before they are gone!

Our Schedule of Events page has been updated with details on our Thursday, Friday, and Saturday agendas.

In addition to hearing from leading speakers on the issues facing our country, veteran grassroots activism trainers will show you how they’re advancing liberty across the nation and defeating the establishment’s agenda.  They’ll equip you with the knowledge to take the fight to the statists – and win!

Three-Day General Session passes are available for only $139.  If you can’t make the entire weekend, you can purchase a One-Day pass for the days you can attend.

Students can get their Three-Day pass for only $59, and a discount is also available for active-duty military.

LPAC 2014 will also feature several side events, such as a private briefing with Senator Rand Paul, a reception with Dr. Ron Paul, and a breakfast with Dr. Paul.

“Platinum Passes,” which grant access to all three General Session days as well as our additional events (along with several other perks for you and a friend), are also available.

Get your ticket(s) here!

And stay tuned for more updates!

Want to hear from great speakers on topics ranging from Austrian Economics to food freedom? Want to meet other liberty-minded individuals from all across the country and share ideas on how to fight for constitutional government on the state and local level? Then join Campaign for Liberty at the fourth annual Liberty Political Action Conference!

LPAC 2014 will take place September 18-20th at the beautiful Hilton Alexandria Mark Center right in the heart of Alexandria, VA and right across the river from Washington, DC!

The core philosophy of LPAC is very simple: you can make a difference.

At LPAC 2014, you’ll learn about the pressing issues of the day from leading experts, and you’ll gain insight into how to effectively communicate the liberty message and grow our ranks.  You’ll also be equipped with tools from seasoned political veterans who have been on the front lines of the fight and know what works, what doesn’t, and how to properly apply pressure to make politicians respond and defend liberty.  Most importantly, you’ll see exactly why real change is possible and how you can play a key role in making it happen.  When you leave LPAC 2014, we believe you’ll be more motivated and excited than ever to turn your passion for change into action.  By spending time with like-minded people, you’ll see just how strong our movement is and discover what your fellow activists are accomplishing across the country.

So often we’re told (and inclined to believe) the establishment myth that one person can’t make a substantial impact, particularly when it comes to issues liberty-minded Americans are concerned about (i.e. “your phone call or petition won’t matter on Audit the Fed or [insert issue here].”)  It’s no secret why entrenched politicians and special interests make this argument, as they clearly benefit from the status quo and voter apathy.  Considering they’ve run us straight into a $17.5 trillion debt ditch (and believe we can get out by digging a deeper ditch), and how little they seem to know about basic economics, security, and their constitutional limits, why should we take their word for it that political activity is futile?  (Plus, they’ve been repeatedly, loudly, and concretely proven wrong.)

As a voter and activist, you hold the power.  Granted, it often doesn’t feel this way when you see one monstrous bill after another pass through Congress and be signed by the President, but those bills only prevail because those who wanted them fought for them and stuck with it until their ideas became law.  And they’ve built their support networks over decades.  As a community of grassroots activists, we too can realize our goals through consistent issue education and mobilization.

You can obtain tickets to all three days of General Session events for $139. We also have discounts for students and active-duty members of the military! You can also reserve your room at the Hilton Mark Center at a discounted rate, but don’t wait too long, as space is sure to run out fast!  To learn more, and check out other special ticket rates, click here today!

We just unveiled some big additions to the LPAC tickets page you’ll want to take note of:

JUST ANNOUNCED: Private Briefing with Senator Rand Paul! (Thursday evening — this event has extremely limited space to give a number of attendees the opportunity to speak with Senator Paul about current issues and upcoming legislative fights.)

Ron Paul Reception! Friday evening — this is your opportunity to meet with Dr. Paul face-to-face and grab a picture with the Champion of the Constitution. (Includes heavy appetizers and an open bar)

Ron Paul Breakfast! Saturday morning — this special session kicks off at 8:30am, but space is VERY limited so don’t sleep in on this opportunity!

These events are all ticketed separately from the three-day pass, and are available on a first come, first served basis — DON’T MISS OUT!

And remember, a purchase of a Platinum Pass includes TWO tickets to LPAC, reserved seating front and center to see Ron Paul and the rest of our outstanding speakers up close, tickets to ALL the separately ticketed private briefings, receptions, and paid breakout sessions, and complimentary lunches for two in the hotel restaurant.

Get your tickets here!

Beyond the General Session – Additional Events at LPAC 2014

We’re excited about our jam-packed General Session speakers lineup for LPAC 2014, but our conference will also offer attendees a chance to meet and mingle with some of our speakers at special additional events!  (Note: Tickets to these events are not included in the three-day General Session pass and must be purchased separately.  Platinum Pass holders, however, are granted access to all of these side events, along with the General Session.)

On Thursday night, Sept. 18th, we’ll host a private briefing with Senator Rand Paul that will give ticket holders a chance to hear the inside story about his fight for liberty in the Senate and to ask questions about current issues!

On Friday night, Sept. 19th, shortly before his General Session speech, Campaign for Liberty Chairman Ron Paul will attend a private reception, where attendees can meet the Champion of the Constitution!  We’ll also feature a breakfast with Dr. Paul on Saturday morning, Sept. 20th.

All tickets to these events are sold on a first-come, first-served basis, so don’t delay!

Visit our Ticket page to sign up for one or more of them today.  (And be sure to grab your three-day General Session pass or your Platinum Pass if you haven’t yet done so!)

Stay tuned to www.LPAC.com for the latest LPAC news and updates.

This just in today: Senator Ted Cruz is confirmed to join us at the 2014 Liberty Political Action Conference!

Find out by visiting our Speakers page.

And if you haven’t yet purchased your ticket(s), don’t wait until the last minute!  Save your seat right away.